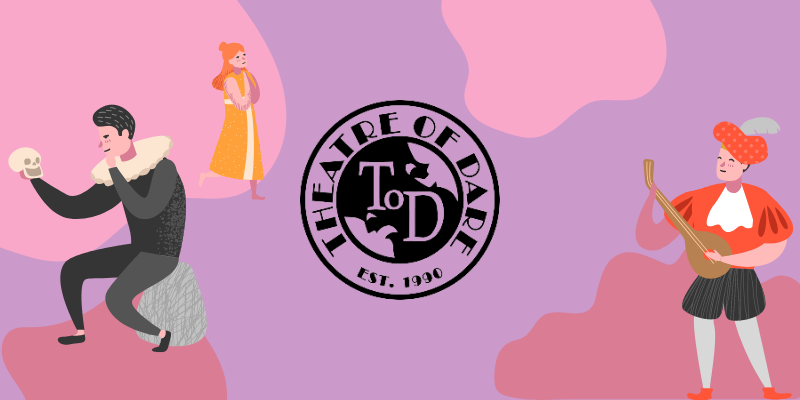 Do you love theatre as much as we do? Enjoy a production put on by Theatre of Dare! Starting in October 2021, the 31st season will commence and bring the Outer Banks lots of laughs and compelling stories! Be prepared to be entertained! When tickets are available, they will be through this link!

"After a local woman is murdered, the guests and staff at Monkswell Manor find themselves stranded during a snowstorm. It soon becomes clear that the killer is among them, and the seven strangers grow increasingly suspicious of one another. A police detective, arriving on skis, interrogates the suspects: the newlyweds running the house; a spinster with a curious background; an architect who seems better equipped to be a chef; a retired Army major; a strange little man who claims his car has overturned in a drift; and a jurist who makes life miserable for everyone. When a second murder takes place, tensions and fears escalate. This record-breaking murder mystery features a brilliant surprise finish from Dame Agatha Christie, the foremost mystery writer of her time."

The Man Who Came to Dinner "Sheridan Whiteside — critic, lecturer, wit, radio orator, intimate friend of the great and near great— having dined at the home of the Stanleys, slips on their doorstep and breaks his hip.  The result is a tumultuous six weeks of confinement. Possibility: "Christmas may be postponed this year." So runs the lead article in the Christmas 1939 issue of Time magazine. Whiteside turns the Stanley household upside down, forcing everyone in town to cater to his egotistical demands. Meanwhile, his essential secretary has given her notice after falling in love with a local reporter, and Whiteside must engage every weapon in his considerable arsenal of guile and manipulation to keep her in his employ—including blackmail, deceit, and the intervention of the fading sexpot actress Lorraine Sheldon and the elegant British wit of playwright Beverly Carlton. A three-ring circus of machinations and celebrity appearances ensues."

Exit, Pursued By A Bear "Nan Carter has decided to teach her abusive husband Kyle a lesson. With the help of her friend Simon (acting as her emotional -- and actual -- cheerleader) and a stripper named Sweetheart, she tapes Kyle to a chair and forces him to watch as they reenact scenes from their painful past. In the piece de resistance, they plan to cover the room in meat and honey so Kyle will be mauled by a bear. Through this night of emotional trials and ridiculous theatrics, Nan and Kyle are both freed from their past in this smart, dark revenge comedy." "In a Gotham-like city, a terrible water shortage, caused by a 20-year drought, has led to a government-enforced ban on private toilets. The citizens must use public amenities, regulated by a single malevolent company that profits by charging admission for one of humanity's most basic needs. Amid the people, a hero decides that he's had enough and plans a revolution to lead them all to freedom!"

The Wizard of Wonderland "This new play version of the delightful meeting of two of literature's most famous young ladies unfolds when a young man puts off a book report till the last minute, then suddenly finds himself in a strange place somewhere between Oz and Wonderland. It then becomes his responsibility to unscramble the stories and steer the familiar characters—the Cowardly Lion, the Mad Hatter, the Scarecrow and the White Rabbit, among others—to their ultimate destinations while avoiding the Wicked Witch and the Red Queen. This hilarious, adventuresome romp is filled with laughter and surprises at every turn. And a couple of lessons emerge along the way as well."

All play and musical descriptions have been used from Theatre of Dare's website. Visit it at https://www.theatreofdareobx.com/2022-2023-season.