Located on the soundside marshes of Nags Head, the Bodie Island Light Station (pronounced “body”) is a 156-foot tall functional lighthouse north of Oregon Inlet and is managed by the National Park Service as part of the Cape Hatteras National Seashore. The lighthouse has a first-order Fresnel lens with a unique rotation pattern with a visible range of up to 19 nautical miles. 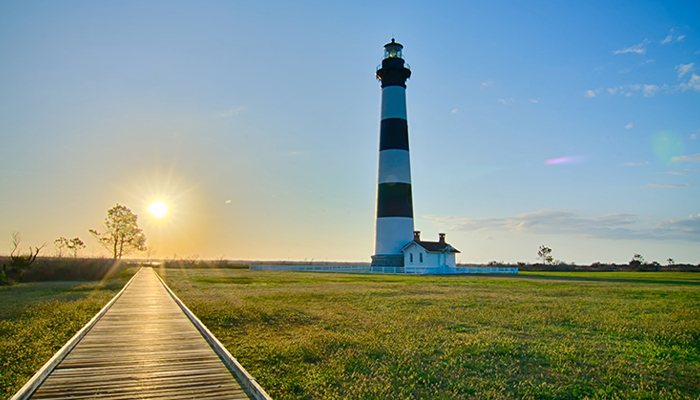 Both a ranger’s office and visitor center are on site along with the distinct white and black horizontal-striped brick lighthouse tower. Those who decide to climb the 214 stairs to the top will love the 360-degree views of the Pamlico Sound and the Atlantic Ocean, as well as the surrounding marshes.

Like many of the other lighthouses on this list, the need for a lighthouse arose in the early 1800s when it was noted that the rough currents and dangerous shoals created a treacherous situation for ships along the North Carolina coast in which many were lost at sea. With Congress appropriated funds, construction for the first lighthouse began in 1847 south of Oregon Inlet. Unfortunately, the 54-foot tall structure with an unsupported brick foundation starting leaning within the first two years of its operation. Unable to be fixed despite numerous repairs, the lighthouse was abandoned in 1859 when it was replaced by a second lighthouse built nearby. The second 80-foot tall lighthouse, however, was destroyed by Confederate troops in 1861 during the Civil War. 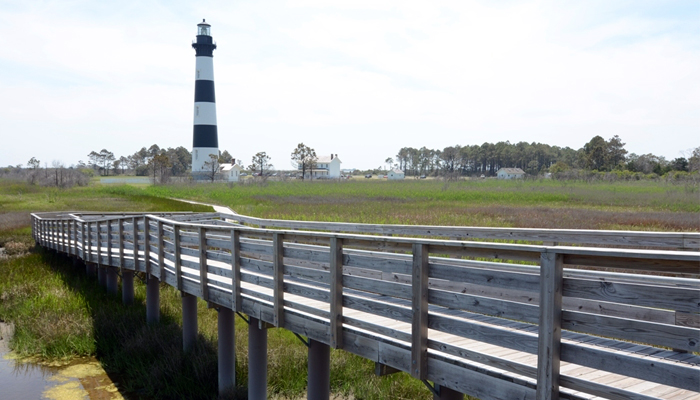 Surprisingly, a new lighthouse was not built at the end of the war and the Lighthouse Board did not have plans to rebuild one despite input from ship captains on the necessity of a visible light. In 1871, however, construction on a third lighthouse did finally begin. The new tower was built on a 15-acre site north of the Oregon Inlet. The lighthouse became operational on October 1, 1872 and was equipped with a first-order Fresnel lens. It wasn’t until 1932 that the light was electrified and in 1953, the site was taken under the control of the National Park Service.

The Bodie Island Light Station will be open for climbing for the 2019 season from Friday, April 19th through Monday, October 14th. On the opening day, lighthouse climbs are free of charge but the normal admission is $10.00 for adults. Tickets are only $5.00 for seniors over 62, children under 11 and those with disabilities. Tickets can be purchased on-site and climbs run every 20 minutes beginning at 9:00 AM with the last tour departing at 4:30 PM. Be sure to review the NPS website for weight and height restrictions and other safety rules. 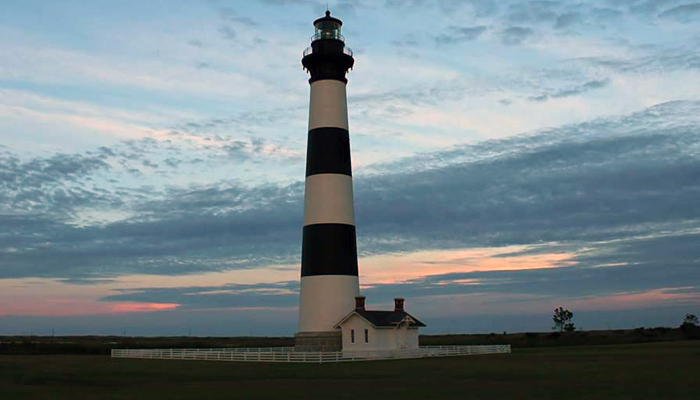 Did you know? After years of being too unsafe for climbers, a multi-year renovation completed in 2013 opened the lighthouse up to the public for self-guided climbs.