Seaside Vacations is pleased to offer a number of Nags Head rentals that are available year-round for travelers who want to enjoy everything the thin strip of barrier islands known as the Outer Banks has to offer. Our selection of rentals range in size from modest 2 bedroom oceanfront condos that overlook the beach to 10 bedroom beachfront estates that are large enough to accommodate nearly 30 guests.

In addition to offering Nags Head vacation rentals located steps away from the Atlantic Ocean, Seaside Vacations also offers homes on the sound front giving vacationers easy access to the other major bodies of water on the Outer Banks.

Pet-friendly Nags Head rentals are also offered to our guests which allow you to bring along your four-legged friend so he/she can enjoy the sandy beaches of the Outer Banks. We also offer several handicap-friendly vacation homes that are equipped with amenities like an elevator.

If you are planning a trip to the OBX with family or friends, consider staying in this popular vacation destination. We offer over 100 vacation homes to choose from that are sure to meet your individual party's needs and wants. You’ll have a plethora of fantastic restaurants and shops to adore as well as an array of activities to enjoy in Nags Head.

Located north of Oregon Inlet and Pea Island National Wildlife Refuge and south of the town of Kill Devil Hills is Nags Head, an immensely popular area for vacationers from around the United States. The town incorporated in 1961 and is a perfect example of the booming tourism industry found on North Carolina’s Outer Banks. 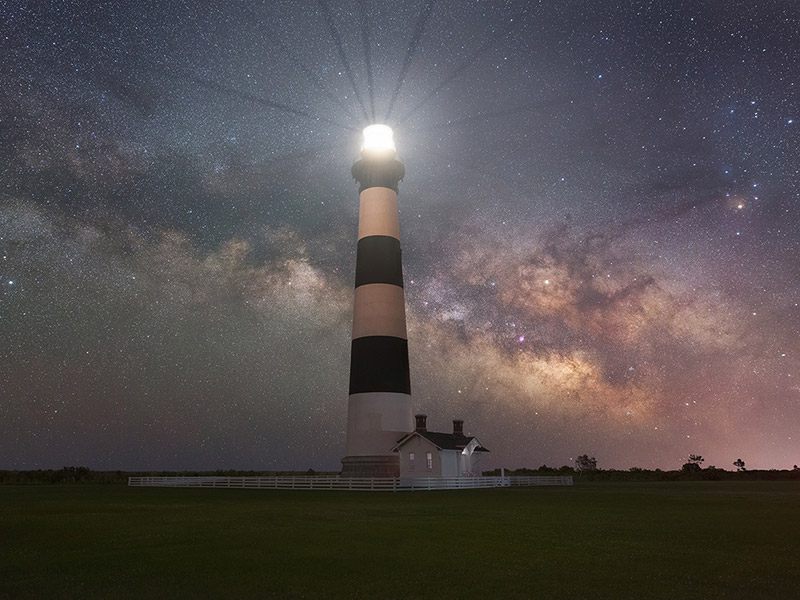 According to the United State Census Bureau, the town has a total area of 6.6 square miles that trumps every other town located on the northern Outer Banks in size. Visitors choose to stay in Nags Head rentals for a number of reasons including the town’s well-kept beaches, wealth of activities and attractions, and a stupendous selection of vacation homes available for weekly and partial stays.

The town has won numerous accolades from major publications and Nags Head was named #1 family-friendly beach by TripAdvisor® for 2007. Home of the east coast's largest sand dune, the area features attractions, shops, restaurants, night life, water sports and more. Visitors staying here are only a short drive away from both Roanoke Island and Oregon Inlet.

Jockey’s Ridge is the largest, tallest, and most impressive of all of the sand dunes found in Nags Head. On a calm spring, summer or fall day, it’s not uncommon to see dozens of area tourists climbing to the apex of one of the many rolling sand dunes. One of the earliest written recounts of Jockey’s Ridge was in a 1753 grant to John Campbell in which the sand dunes were referred to as “Jockey’s Hill." Jockey's Ridge State Park is the perfect spot to fly kites, hang glide or sand surf. Parking is available at the shopping center across U.S. 158 as well as at the Jockey’s Ridge State Park. Vacationers can climb to the top of the sand mountain for a great workout at no cost.

Vacationers who have gotten their fair share of beach time can venture out around the town and discover some of Nags Head’s tremendous activities. Just past the end of South Nags Head and at the beginning of Cape Hatteras National Seashore, visitors can check out Bodie Island Lighthouse – one of the area’s most well-known attractions. Although smaller than Cape Hatteras Lighthouse - which is located over 50 miles further south - Bodie Island is close by and well worth a visit. The all-brick structure stands at 162-feet tall and is open seven days a week during the busy summer months to climbers.

The town of Nags Head is also known for its selection of locally-owned restaurants. With fantastic establishments like Tortugas' Lie, Blue Moon Beach Grill, Basnight's Lone Cedar Cafe, and Sam & Omie's, you're sure to never run out of great places to eat out during your vacation. If you want to enjoy fresh local seafood entrees during your vacation or would rather sample some North Carolina style barbecue during your stay, Nags Head has a restaurant for you. Enjoy either fine dining or more casual, laid back restaurant options in the town depending on your appetite and mood. Savor a meal on the magnificent Nags Head soundfront at Pamlico Jack's or grab a sandwich from Country Deli and devour your meal with your toes in the sand. Even the pickiest of eaters will find a restaurant they love in one of the Outer Banks' most cherished and popular towns.

History of the Town's Name

The origins of how the Outer Banks town of Nags Head received its name are still up for debate to this very day. Similar to neighboring town of Kill Devil Hills, there are a number of swirling stories of just how this portion of the North Carolina coast received its unique and distingushing name.

One theory dates back to the mid-1800’s when an artist-writer who worked for Harper’s New Monthly Magazine visited Nags Head and described the town in great detail in an article dated for May of 1860. The author notes that “Nags Head derives its name according to the prevalent etymology." He continued “from an old device employed to lure vessels to destruction. A Banks pony was driven up and down the beach at night, with a lantern tied around his neck. The up-and-down motion resembling that of a vessel, the unsuspecting tar would steer for it."

There is another explanation for the town’s name which seems to date back even further than the mid-1800’s. Stories from locals say that name was bestowed by an Englishman named Leigh, who moved to Perquimans County in the early part of the nineteenth century, joined his neighbors in a visit to the Jockey’s Ridge area and noticed a striking resemblance between the sand hills and a place called Nags Head on the coast of England.

Another plausible story regarding how Nags Head received its name dates back to an old story told time and time again by area natives. Many years ago there stood on the hills a large live oak tree, whose branches were twisted and warped by the occasional wind storm Outer Banks locals are accustomed to. It was the practice of large numbers of horses and cattle to assemble under this oak tree for both shelter and to rub themselves against the branches and trunk. One day, a horse caught its head between the limbs of the tree and unfortunately got stuck. The horse’s body remained suspended for quite a while until only his head was left dangling among the branches; hence the name Nags Head was given to the area.

One of the biggest misconceptions about the town of Nags Head is that it another word for the Outer Banks, or represents a larger portion of the string of barrier islands than it actually does. Of course, Nags Head is the largest town in terms of square footage compared to any other OBX town including Corolla and Kill Devil Hills. However, Nags Head is only the portion of the OBX ranging from NC 12 (or beach road) at around milepost 12 to milepost 24.

What is the best area to stay when traveling to Nags Head?

What Is There To Do In Nags Head?

Nags Head, NC offers a host of exciting attractions! Nags Head is home to family-friendly beaches that are made for hours of fun in the sun. Natural attractions, like the Nags Head Woods Preserve and Jockey’s Ridge State Park, are filled with plants and animals that are native to North Carolina and have dozens of miles worth of trails that end with beautiful views of the Nags Head area. Additionally, visitors can travel to nearby Bodie Island and climb the Bodie Island Lighthouse. Nags Head is also home to the Soundside Events Site, a 10-acre green space events site, which overlooks the Roanoke Sound and hosts several events throughout the year such as the Outer Banks Seafood Festival and OBX Brewtag.

Is There A Boardwalk In Nags Head?

Nags Head does not have a traditional boardwalk, although it is home to three fishing piers – Jennette's Pier, Nags Head Pier and OBX Pier. At 1,000-feet in length, Jennette’s Pier offers some of the best ocean fishing opportunities in all of the Outer Banks. While you’re on the pier, you may be able to see passing boats, surfers, sea turtles, brown pelicans and seagulls overhead, bottlenose dolphins, and even the occasional whale! Visitors can also visit Jennette's Pier to walk through the series of aquariums that are located in the pier house.

Are Beaches In Nags Head Crowded?

Nags Head, NC has many beaches that are frequented by locals and visitors alike throughout the year. Depending on the time of year, beaches in the Nags Head area can be reasonably crowded, but generally, they are less crowded than other beaches in the area. South Nags Head beaches tend to be more isolated than the northern Nags head beaches.

What Can You Do In Nags Head If It Rains?

There are a ton of indoor activities in Nags Head that visitors can do when it rains. Places like the Gearworks Family Fun Center, Pirates and Pixies Toy Store, Destination Fun, Kitty Hawk Kites and Life is Good retail stores and the Outlets Nags Head offer hours of family-friendly activities that are guaranteed to be a blast. Nearby towns in the area, such as Manteo and Kill Devil Hills, are just a short drive away and offer even more fun activities that are perfect for any visitor!

Nags Head rentals are some of the most sought after on the Outer Banks so reserving the perfect rental home or condo for your vacation party early is crucial. Seaside Vacations allows you to book a reservation over a year in advance at no additional cost. We also offer a layaway plan that gives you 11 months to pay – interest free!

Whether you decide to stay on the oceanfront, soundfront, or somewhere in between, Seaside Vacations has the perfect Nags Head vacation rental home for you and your entire party. Begin your search for the perfect accommodations today on our website and if you have any questions, please call us at (866) 884-0267 to speak with one of our friendly and helpful guest services representatives, or fill out our contact form and we’ll reach out to you.