Unless you're a history buff and quite familiar with the Outer Banks, you probably have never heard of the Freedmen's Colony on Roanoke Island. You may have learned from previous grade school classes that the small coastal landmass was the site of the first English settlement in the New World, but did you know that Manteo, which is one of the two towns on Roanoke Island, was once home to the largest settlement of freed slaves in the south? 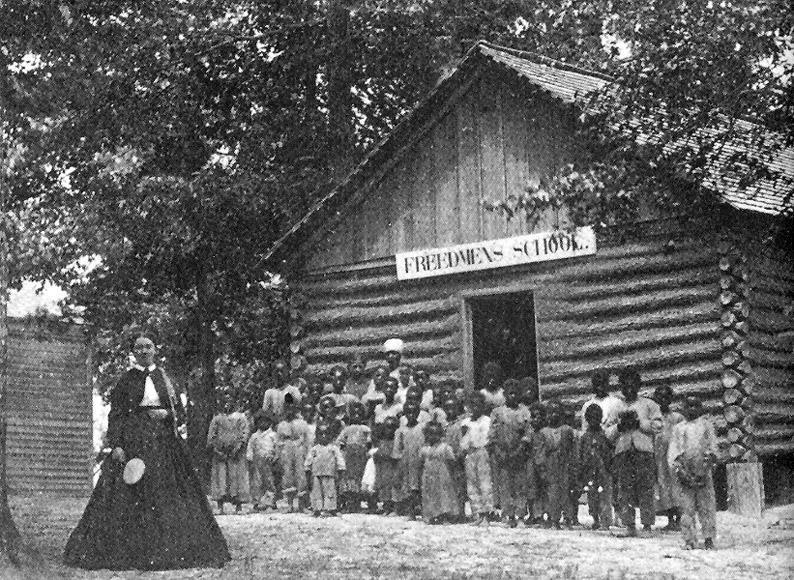 For about four years during and after the Civil War, the Union-occupied island was a safe haven for African American slaves who had fled from nearby areas in search of freedom. The area was under Confederate control during the early years of the war, and was a crucial stronghold for the South because of its location near the opening of two major bodies of water.

On February 8, 1862, Union forces gained control of Roanoke Island under the forceful leadership of General Ambrose E. Burnside. The area would remain under the control of the Union Army for the remainder of the war.

During the first few months of the Northern forces controlling the area, more than 250 former slaves settled in a camp on Roanoke Island. And by the end of 1862, that number had grown to nearly 1,000 refugee inhabitants. Most of the slaves that migrated to Roanoke Island were from nearby towns and cities in North Carolina.

These newly freed men, women, and children, set about to establish a thriving community. By the end of the war, these refugee slaves had built an impressive community that included 300 homes, a schoolhouse, and several churches.

By the time President Lincoln issued the Emancipation Proclamation on January 1, 1863, the population of the colony had risen to nearly 3,000 residents. And in April of 1863, Major General John G. Foster, Commander of the 18th Army Corps of the Union forces, made Evangelical Congregationalist minister Reverend Horace James the "Superintendent of all Blacks" in North Carolina. By doing so, this meant that the settlement had become officially recognized by the Union Army.

The Freedmen's Colony continued to grow in size as word that a safe haven for runaway slaves had not only been established, but the haven was thriving. By May of 1863, the Colony was home to more than 3,500 freed slaves who had started a new life on an island once inhibited by the New World's first English settlers. 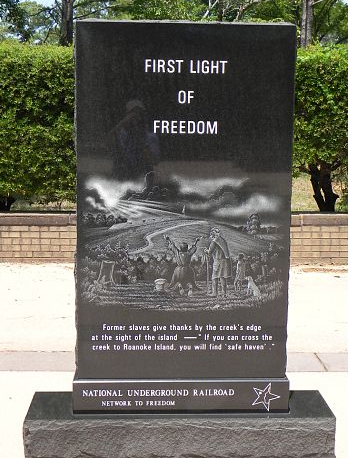 Following the surrender of Robert E. Lee and the end of the Civil War on April 9, 1865, a government order restored all lands that were confiscated by the Union Army back to their original owners. The Freedmen's Colony residents were unable to receive the rights to the land they had been living on during the war, and the colony's population declined by half by the following year. By 1967, the colony was officially decommissioned.

In 2001, the Dare County Heritage Trail committee erected a marble monument in memory of the Freedman Colony at the Fort Raleigh National Historical Site, which is located adjacent to the Elizabethan Gardens and is a commemoration of the first English Colony in America.

A few years later in 2004, both the monument and Roanoke Island were added as sites of the National Underground Railroad Network; a list developed by the National Park Service.

The Freedmen's Colony of Roanoke Island was an important step on the quest for equality and freedom for everyone in the United States.

(Photo Credit: Learn North Carolina | DC Lawyer on the Civil War | The Book and The Rod)