Graveyard of the Atlantic

What and Where is the “Graveyard of the Atlantic”?

Similar to the mystery that lies behind the Bermuda Triangle, the “Graveyard of the Atlantic” also has a treacherous and largely unknown history attached to its eerie name. The area is known as a “graveyard” because this area of the Atlantic, off the coast of the Outer Banks, is home to over two thousand sunken ships, dating back to the sixteenth century. The number of wrecked ships began to decrease after many lighthouses were built by the 1800s and the U.S. Life-Saving Service (later adopted as a part of the Coast Guard) was established in 1848. This service began to save crew members, passengers, and property from shipwrecks along the coast.

It is believed that the geography of the Outer Banks coast may have played a large part in why so many ships wrecked here. The Outer Banks is a collection of barrier islands that stick out into the Atlantic ocean. If you view them on a map, you can easily see why hurricane season is a topic of concern every year. The mainland and the sea are separated by migrating sandbars that are constantly changing. When storms like hurricanes occur, large ships can be carried onto these sandbars. The ever-moving shallow shoals may have caused ships bound for deep water before storms to attempt to pass around or through them. As evident by the thousands of shipwrecks, many attempts were futile and fatal.

It is believed that the changing Outer Banks shoreline is not the only factor for the many wrecked vessels. Human activity must also be taken into account. The Outer Banks have seen hundreds of wrecked ships since colonial settlement due to human activity. Many were lost due to piracy and others as casualties of war. Many Hatteras residents alive during World War II can recount a fateful night when a flaming tanker lit up the night sky before sinking to the bottom of the sea, likely caused by a German U-boat attack.

While the actual year ships began to sink is not certain, researchers believe the first vessel to meet its demise in the Outer Banks, NC waters was in 1650. Divers continue to find large and small ship remnants from wrecks that occurred from 1650 through 1945. The name “Graveyard of the Atlantic” was first coined by Outer Banks author and historian, David Stick, in his book on the area. Stick, like most other researchers, attribute the tragic demise of sea vessels here throughout history to piracy, war, and the powerful collision of the Labrador Current and Gulf Stream along shifting shoals from Corolla to Ocracoke. 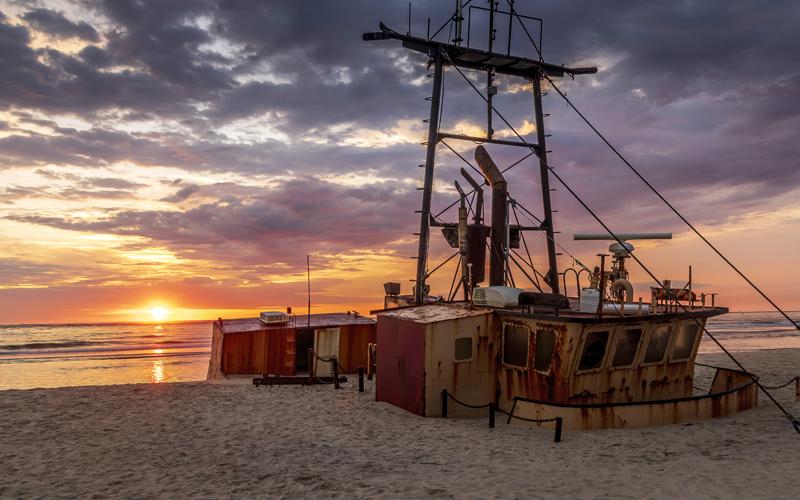 Graveyard of the Atlantic Museum

If you’re interested in learning more about this treacherous sea cemetery, stop in The Graveyard of the Atlantic Museum at 59200 Museum Drive in Hatteras, NC. This wonderfully well-kept time capsule is filled with artifacts, exhibits, and tours that showcase all the fallen maritime travelers of our historically dangerous waters. However, don’t let the dated artifacts make you think this is an old, rundown museum. The museum is open Monday through Saturday, from 10:00 AM to 4:00 PM, to all ages. They even host scavenger hunts that allow guests to search for objects pertaining to the Graveyard hidden throughout the museum and win prizes!

This museum holds many artifacts from famous wrecked ships of the OBX coast, including the USS Monitor: a Civil War battleship that sank only 16 miles off the coast of Hatteras! You can even view priceless artifacts from one of the most well-known shipwrecks of the Atlantic, Queen Anne’s Revenge. That’s right -- the sailing terror and home of Blackbeard, or Edward teach, himself! In 1996, researchers discovered a bronze bell dated 1705, two large anchors, a sounding weight, an English blunderbuss barrel, nine cannons, a lead cannon apron, and two cannonballs. Found on a seabed near the Beaufort inlet, this specific combination of artifacts and what was known about Blackbeard’s infamous vessel, led to the conclusion that the wreckage was, in fact, that of Queen Anne’s Revenge. In 2004, the excavation site was listed on the National Register of Historic Places and many other artifacts from the wreckage have been discovered since.

Other noteworthy sunken ships included the Metropolis, the Nuestra Señora de Guadalupe, and the Carl Gerhard, and the Kyzikes. Other than shipwreck remains, the Graveyard of the Atlantic has many other priceless artifacts to see, such as the original First Order Lens of Cape Hatteras Lighthouse from 1854. You and your group can learn about all the artifacts and exhibits through an informative video at the beginning of a self-guided tour. Unfortunately, the 2021 lecture series and children’s groups are on hold, but that’s no reason to miss out when you can take a tour of your own. Admission is free, but donations are always welcome and appreciated. 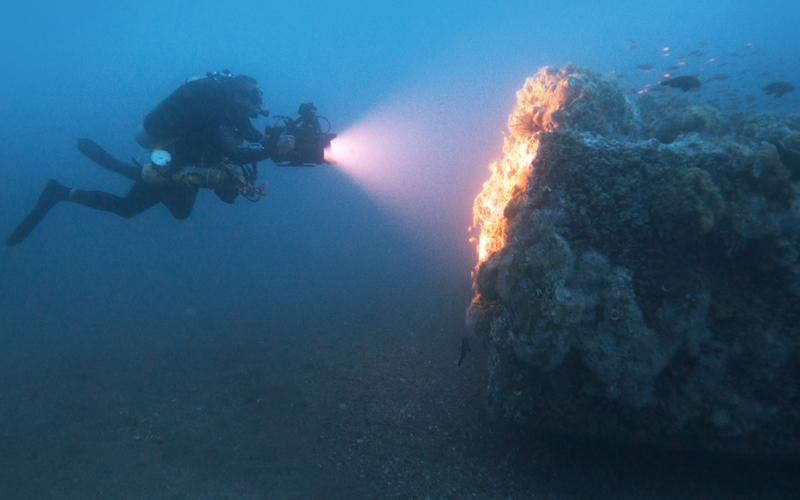 If you’re planning your stay in the Outer Banks and are searching for some meaningful activities besides lounging, shopping, and dining, then immerse yourself in the rich history of the Graveyard of the Atlantic! As we mentioned earlier, visiting the Graveyard of the Atlantic Museum is a great place to start. But if you want to get up close and personal with the wreckage, diving is the way to go. Roanoke Island Outfitters and Dive Center in Manteo offers equipment rentals and dive charters. Many of the dive charters tour wreckage sites, such as the Triangle Wrecks, as a part of the Graveyard of the Atlantic. But don’t get too excited to leap into the water just yet. These dive tours are typically reserved for experienced, certified divers, although the center also offers diving and snorkeling lessons for beginners. If you aren’t a certified diver, you can still view many pieces of shipwrecks along the coast from the air! Our local business partner initiative, Club Seaside, partners with Barrier Island Aviation, so you can get exclusive discounts on aerial tours. 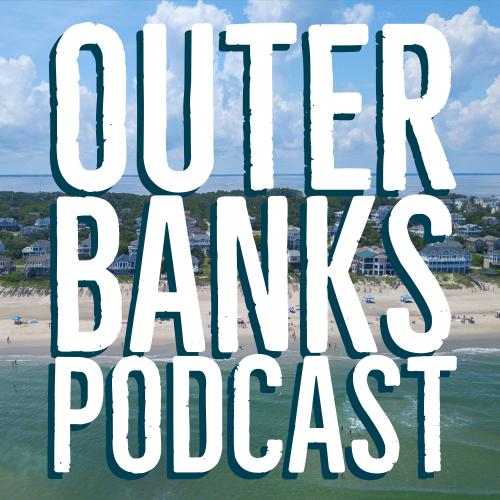 Listen to the Outer Banks Podcast episode as we interview Keepr James, author of “Shipwrecks of the Outer Banks: Dramatic Rescues and Fantastic Wrecks in the Graveyard of the Atlantic.”