Outer Banks Throwback: Andy Griffith in The Lost Colony in 1952

Frequent vacationers of the Outer Banks may have been to The Lost Colony play on Roanoke Island once or twice before, but you may not be aware that one of the area's most famous figures, Andy Griffith, used to have a part in the play.

During his four years at Mount Airy High School located in Northwestern North Carolina, Griffith obtained an interested in the arts, and was active in his school's drama program. When he graduated in 1944, he was thrilled when he was offered a role in The Lost Colony play. He performed as a cast member of the play for several years and worked his way up to playing Sir Water Raleigh - one of the leading roles of the outdoor drama. 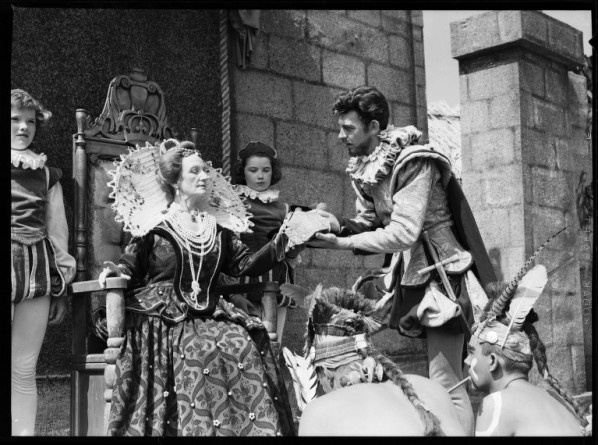 The well-known actor Andy Griffith who started his acting career playing Sir Walter Raleigh (pictured above) in the nation's longest running outdoor drama "The Lost Colony" liked the area so much, he decided to move here full time.

Griffith performed at Waterside Theater from 1947 to 1953 enjoyed the laid back lifestyle most area residents take for granted. The black and white photo of Griffith above was taken in 1952 and is from the North Carolina Collection at University of North Carolina at Chapel Hill Library.

At approximately 7:00 a.m. on July 3, 2012, Griffith passed away at age 86 from a heart attack in his mansion located near the western end of Roanoke Island. He was buried in the family cemetery on the island within five hours of his passing. 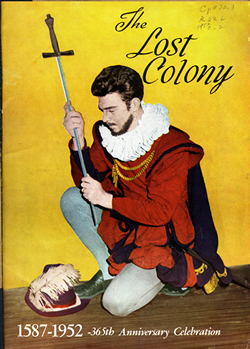 The nation's longest-running symphonic drama started in 1937 and was written by Pulitzer Prize-winning playwright Paul Green. The production has won numerous awards during its over 80 year tenure including a Tony Award in 2013.

The show runs from late-May to mid-August and you can purchase tickets to see the play online. Seeing The Lost Colony outdoor drama at least once should be on every Outer Banks vacationers bucket list.

Thanks for checking out this week's Throwback Thursday post and be sure to check back next week for another retro Outer Banks photo.