[VIDEO]: Did You Know About These OBX Secret Spots? 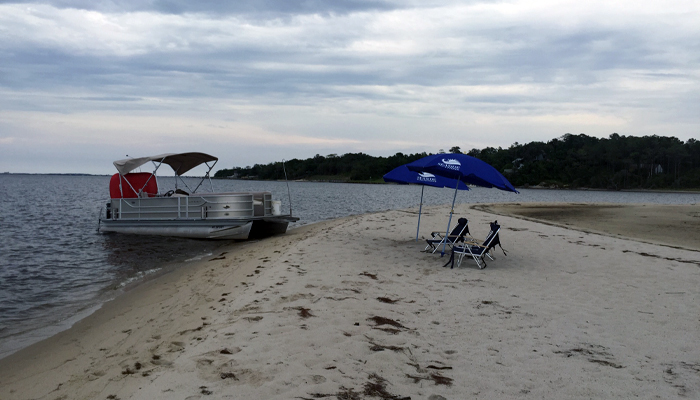 Off the coast of the northern part of Roanoke Island sits a long, thin sandbar known as Banana Island. The shallow water of the Roanoke Sound surrounding Banana Island is a great place for kids of all ages to swim, fish, and splash around in the water without worrying about the ocean waves. The remote location, although easy to access, means less crowds and quieter beach days. If you don’t have the water transportation to make it to Banana Island yourself, private charter companies such as the OBX Pontoon Man (a Club Seaside Partner) can give you a tour of the sound and take you right to Banana Island!

We’re pretty sure you’ve probably heard of Jockey’s Ridge, especially if you’re a long-time visitor to the Outer Banks. However, did you know that behind Jockey’s Ridge is an awesome soundfront beach access? With amenities including a paved parking lot, outdoor shower, porta-potty toilets, pet waste bags, wooden walkways and a nature trail, Jockey’s Ridge Sound Access is essentially its own little park. The nature trail is a loop about 6/10ths of a mile long and is considered an easy trail to traverse letting visitors explore the natural landscape of maritime shrub shielded by the dunes. Located around milepost 13 off of West Soundside Rd., the sound access park provides easy access to the water – a spot kids will love due to the shallow and calm nature of the sound. 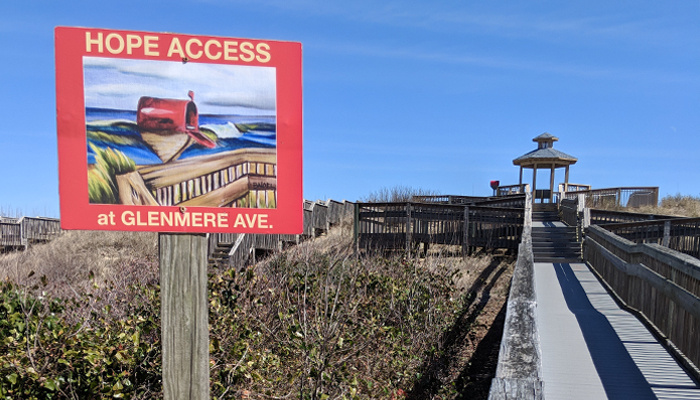 Situated off of the Glenmere Avenue Beach Access in Kill Devil Hills, a bright red mailbox sits on a post as part of a gazebo overlooking the Atlantic Ocean. This mailbox is known as The Little Red Mailbox. Containing a journal and pen, The Little Red Mailbox serves as a place where people can go to reflect, write down their thoughts or read inspiriting messages from others. As such, the door to the mailbox aptly reads, “Leave a Note of Hope.” The idea was originally created by Sue Goodrich who, at the time, was dealing with the loss of her beloved mother and decided to spread hope to others in her mother’s honor. Teaming up with the town of Kill Devil Hills, the first Little Red Mailbox was placed at the access at Glenmere Avenue, now fondly referred to as “Hope Access.” Since then, Little Red Mailboxes have sprung up all across the Outer Banks and there are even mailboxes in Pennsylvania, Virginia, and Ocean Isle Beach, North Carolina. This is the perfect place to go when you need a little hope by the sea.

Between the towns of Avon and Buxton on Hatteras Island is a not-so-secret sound access flocked to every year by visitors and residents alike… but due to its seemingly mediocre appearance from the road, it’s easy to write off this particular sound access as a must-go during your vacation. However, if you prefer the shallow conditions of the sound or you’re an avid water sports enthusiast, you do not want to miss out on stopping by the Canadian Hole! Pull in and park at the signs for the "Haulover Day Use Area" and explore the sandy beaches of the Pamlico Sound. Thanks to ideal tides and wind conditions, windsurfers and kiteboarders are often found in these sound waters and is also an easy place to launch kayaks and SUPs. As a bonus, if you go in the evening, you’re guaranteed to witness the most extraordinary sunsets.

First developed in 2007, Sandy Run Park is a 16-acre park situated on the edge of the Kitty Hawk Woods Coastal Reserve located at 4351 The Woods Rd. in Kitty Hawk. With picnic areas, grills, a basketball court, a covered pavilion, and kayak launch areas all on site, the park itself is a nice piece of quiet land tucked away in the natural landscape making it the perfect place for a family to spend the afternoon. Most notably, there are walkways that loop around through the woods and nature estuary. This is a great place to observe the natural flora and fauna of the area. Although its official name is “Sandy Run,” the park is sometimes referred to as “Turtle Park” due to the surrounding canals being filled with turtles. Kids will love watching the turtles popping their heads out of the water and searching for birds, deer, and other wildlife.