To be a thin stretch of barrier islands, the Outer Banks certainly isn’t short on fun places to try tasty craft beers. We don’t offer your run-of-the-mill bars with standard brews. The establishments in the area try to offer more of an eclectic selection and scene. Most even offer local options that you’ll be hard-pressed to find anywhere else!

Off the Wall Tap House 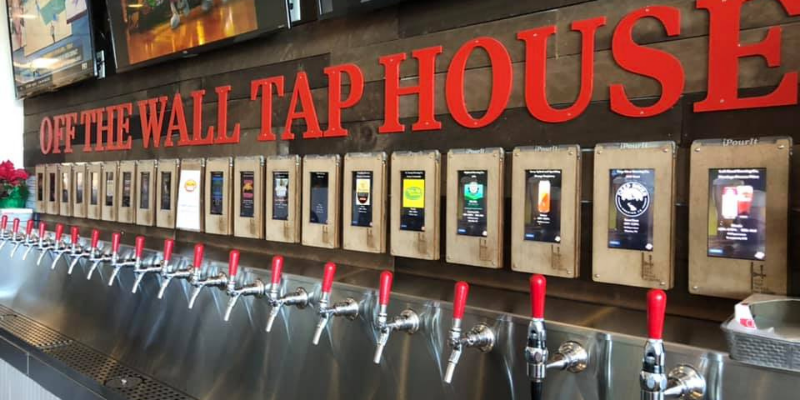 You have to stop in Off the Wall Tap House in Corolla for a modern bar experience that you’ve likely never seen before. At Off the Wall the customer comes first. While this is supposed to be the mantra of all bars, bartenders get busy when the crowds begin to pour in and patrons usually have to wait and can become disgruntled. Off the Wall has stepped into the 21st century of slinging drinks by employing do-it-yourself beer technology at self-serve electronic stations. As long as the tap is open, you’ll never have to wait! 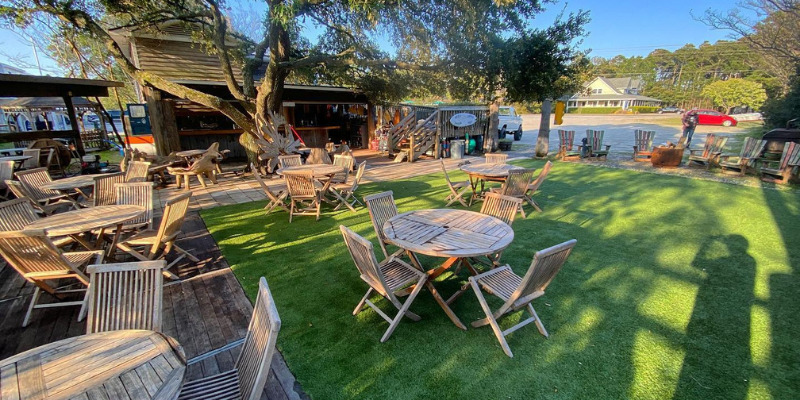 Corolla Beer Garden is another place you shouldn’t pass up. While it may be hard to locate in Corolla, trust us and the people at the Beer Garden, this is 100% intentional. Branded as ‘hidden for a reason”, Corolla Beer Garden has a beautiful outdoor sitting area and always has 17 brews on their rotating taps. They’re one of your best bets for trying many state and local brewery choices including NoDa, Southern Pines, Appalachian Mountain, Oskar Blues, and 1718 from Ocracoke! 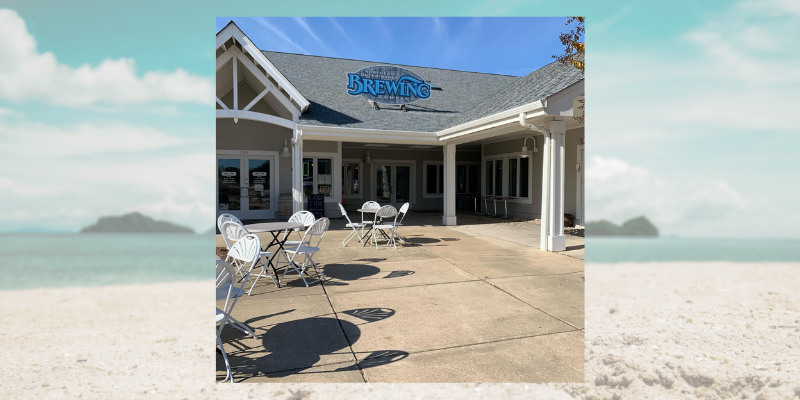 Northern Outer Banks Brewing is the last Corolla recommendation we have for you, but make no mistake, it’s just as impressive and alluring as the others! While other places offer a few local selections, Northern Outer Banks Brewing Company takes it a step further by primarily offering local brews with little to no commercial or distantly brewed beers. And by local, we don’t mean beers from all over North Carolina -- their beers are brewed locally in the Northern Outer Banks! You won’t find much online info on this gem, so you’ll have to head over and experience their craft firsthand. We’re sure you won’t be disappointed! 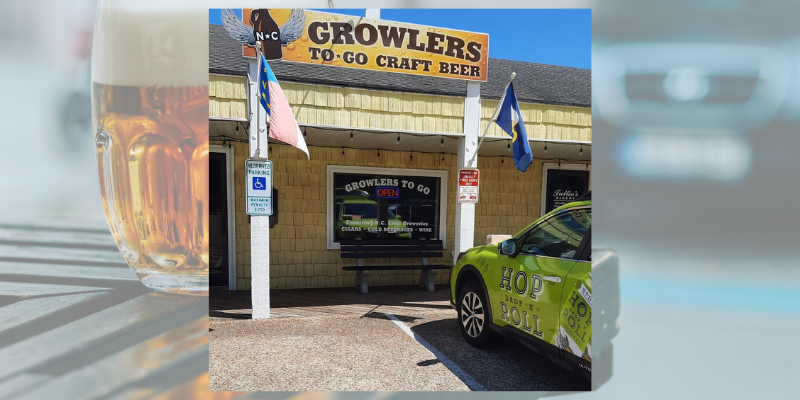 Growlers To Go Craft Beer has a monopoly on the craft beer scene in the small town of Duck -- by monopoly, we mean no other bar/restaurant in Duck has the selection of local NC and VA beers consistently available on tap like Growlers. If you’re not staying in Duck and don’t want to drive there to try Growlers, you don’t have to! They have another convenient location in the more populated Kitty Hawk area. But if you end up enjoying any delicious concoction you try in Duck or Kitty Hawk, don’t expect to find it at the other location. Growlers has up to 42 DIFFERENT craft beers on tap at each location, making that over 80 choices in total between the two! They claim to have the largest single selection on the beach and also sell wine and cigars. 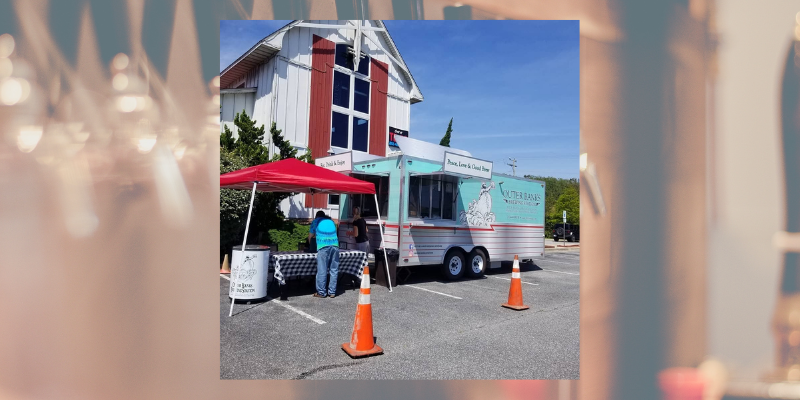 Any Outer Banks local or repeat visitor can tell you, this list wouldn’t be complete without the infamous Outer Banks Brewing Station. This place is more than just a local brewery. It’s a local hub for tasty beers, nightlife, and can’t miss concerts on the OBX! Located in the heart of Kill Devil Hills, The Brewing Station (as nicknamed by locals) offers over 10 craft beers made in-house, in addition to other selections. They offer brewery tours every Wednesday from 3:00 PM - 4:00 PM and a combination of local and big-name musical performances on the weekends. Plus, their fenced-in backyard is massive and has an unmatchable ambiance for the area. If you’re in the area, love local craft beers, and have yet to stop by the Brewing Station, you’re certainly missing out! 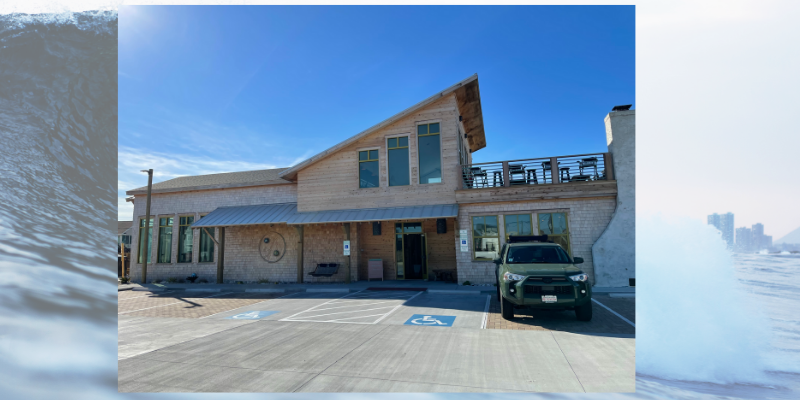 Swells’a Brewing is the newest addition to the Outer Banks craft beer scene -- and they’ve already made quite a sudsy splash! Located in Kill Devil Hills on S. Virginia Dare Trail (also known as the beach road), Swells’a Brewing has a large location for trying craft beers that’s steps away from the beach. The decor theme is light modern wood, and you’ll see why the second you pull into the parking lot. The two-level location is light brown, all around! From the wooden exterior to the hardwood floors inside and the light brown bar and upper deck picnic tables, Swells’a Brewing has an el natural approach for where to try delicious craft beers. They just opened in the Summer of 2021 and their house-made selection is already the talk of the town. Stop in and see what all the fuss is about! 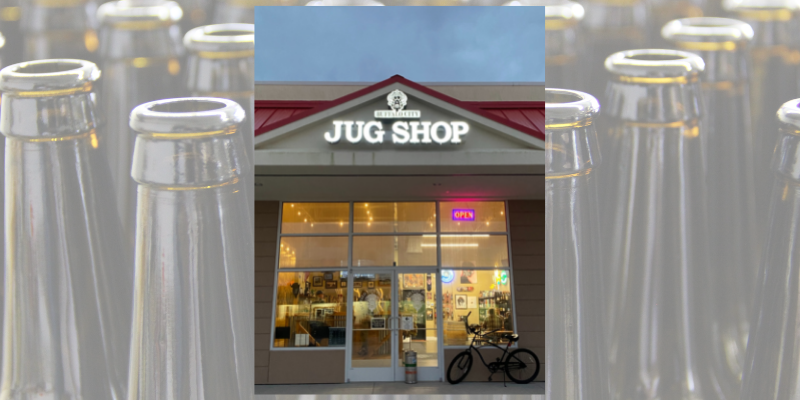 Named after a historical city near Mann’s Harbor, Buffalo City Jug Shop is the Outer Banks’ first growler filling station. Located near milepost 13 in Nags Head, this is THE spot for stocking up on large quantities of craft beer! They have 24 beers on tap and the best part is they have a rotating selection. So if you find one you really like you better stock up while you can, for it may be gone when you stop in on your next Outer Banks vacation. Or you can simply trust the experts and their selection process -- you may discover a new favorite every time you visit! 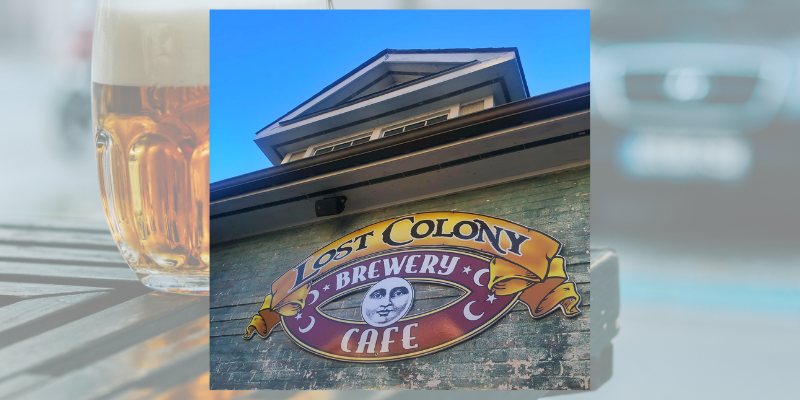 We won’t get into the debate on whether the mainland town of Manteo technically is or isn’t a part of the Outer Banks. Regardless, it would be irresponsible to leave the Lost Colony Brewery and Cafe in Manteo off of this list. It’s positioned in the heart of downtown Manteo -- a shopping and dining area that’s beloved by most who have visited. Even their dining choices of Angus steaks and fresh seafood are all the rage by repeat visitors. While the food is certainly delicious, the selection available at their bar and tasting room is why they’ve secured a spot on our list. Take a little drive over the bridge and try a Lost Colony Stout, Kitty Hawk Blonde, or whatever local style resonates the most with your tastebuds. They have something for everyone!

From where the wild horses roam in Corolla to the small-town atmosphere of Manteo, the Outer Banks remains a top-notch spot for local breweries and beer gardens. Who knows what kind of wonderful establishments the craft beer craze will bring us next!

Dying to try our local hidden gems of delicious craft beer? Then browse our rentals here, book your stay, and take part in the one-of-a-kind experience of touring the many unbeatable breweries and beer gardens on the Outer Banks!