Travel and romance, they go hand in hand. Nothing is better than grabbing that special person in your life and hitting the road. A couple's trip to the Outer Banks, North Carolina will be a road trip that you'll happily look back upon for the rest of your relationship.

The Outer Banks is a 200-mile long string of barrier islands off of the coast of North Carolina and couples trips to the underdeveloped, unspoiled Outer Banks are sure to be remembered for years to come. 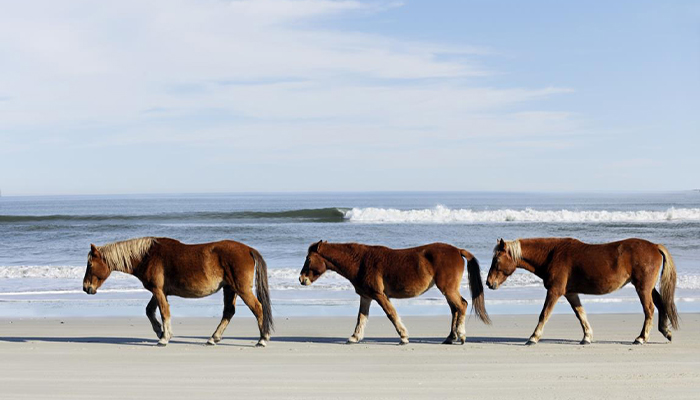 Our northern beaches are more secluded than the middle part of the Outer Banks and offer all of the watersports you could think of. Couples have been surfing, stand-up paddleboarding, kayaking, parasailing, jet skiing and kiteboarding on the Outer Banks for years.

The northern beach town of Corolla and Carova beach features wild Spanish Mustangs that were originally brought over by boat many years ago. These amazing horses just roam the beach. You can book a wild horse tour and ride in a jeep out on onto the beach to witness these majestic creatures up close (photo opp. city)!

Another great couple's experience is taking selfies together at the top of the Currituck Beach Lighthouse. Visitors can climb the 220-step red brick lighthouse for a panoramic view of the Atlantic and the Currituck Sound.

The town of Duck, on the northern Outer Banks, offers a quaint atmosphere where you can enjoy beach shops, restaurants, and sunsets along the boardwalk after enjoying an afternoon couple's massage at Aqua Spa or Sanderling Resort. Catch some local music at Sweet T's or enjoy fine dining at Blue Point along the sound. Park the car and rent a couple of bikes for the full salt-air experience. 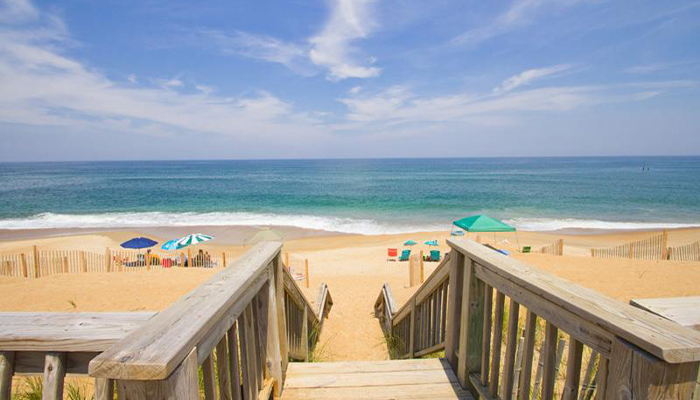 Moving further south down the Outer Banks' miles of beaches you will find the towns of Kitty Hawk, Kill Devil Hills, Nags Head, and Manteo. You can view the site where the Wright Brothers literally invented flight. There are markers that show how far they flew on their first attempts.

This part of the island also has the most restaurants and could very well be considered seafood heaven. You can eat oceanfront on the pier at Capt. Andy's or Fishheads and then go for a romantic walk out onto to the edge the pier and stand right over the Atlantic Ocean. You can also visit the Outer Banks' newest pier, Jennette's Pier, featuring wind turbines and aquatic exhibits. Also included in the middle of the Outer Banks is Jockey's Ridge State Park—the largest natural sand dune system in the Eastern US and an absolutely beautiful place to watch the sunset over the sound. 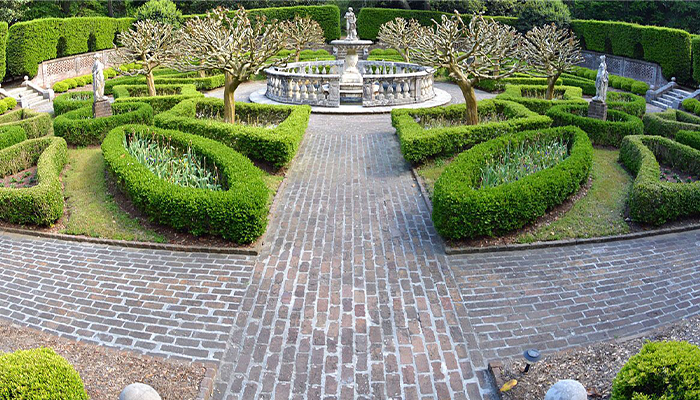 Manteo
A short veer east (if traveling south) takes you to the mysterious Roanoke Island where 177 English settlers vanished after just three years on the island. There is even an annual production, The Lost Colony, about this mysterious piece of history that you can attend each summer in Manteo's Waterside Theater (a bike path can bring you all the way there from downtown). Manteo is also home to the ever so romantic, fanciful, and elaborate Elizabethan Gardens. You can also spend some quality time at the Farmers Market, shopping the unique downtown shops, exploring old cemeteries, taking a laid-back dolphin tour, drinking beer at the local pub, watching the boats come in from the dock, or petting rays at the aquarium. Manteo is also home to Pirate's Cove Marina where you can take a sunset cruise or book a fishing charter. 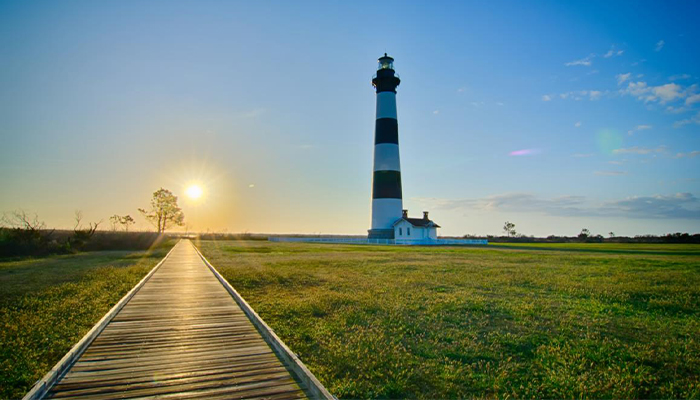 South Nags Head
Back to our southern jaunt down the island, south Nags Head features Bodie Island Lighthouse. The black and white horizontal striped lighthouse stands at 156' and allows visitors to climb to the top from mid-April to mid-October. There is also a pretty sweet walkway and observation deck on the lighthouse grounds.

Across the street from the Bodie Island lighthouse is Coquina beach named after the colorful coquina clams that would wash ashore. There are no homes to backdrop this secluded beach, just miles of beautiful shoreline on which to soak up the sun. Beachcombing, shelling, surfing, and body boarding are popular here and you can drive on part of the beach with a permit. Coquina beach also serves as the location for sunset horseback rides in the evening. 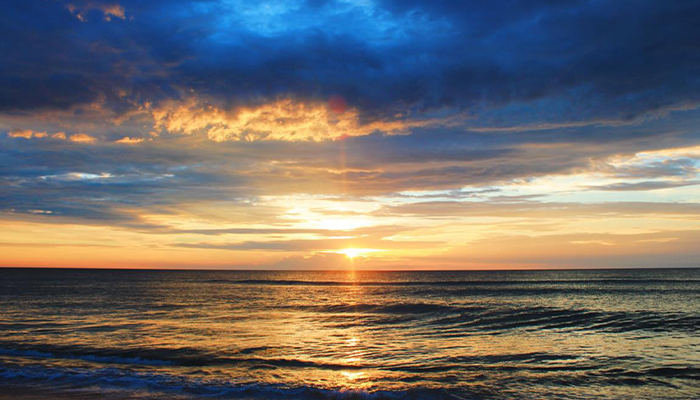 A trip down to the southern beaches of the Outer Banks will take you to Hatteras Island where you will feel like you're visiting the edge of the earth. This is one of the most unspoiled parts of OBX. Featuring miles of coastline, the Cape Hatteras Lighthouse—the tallest brick lighthouse structure in the United States (and 2nd on earth), Pea Island National Wildlife Refuge, the Graveyard of the Atlantic Museum, and some of the best kiteboarding in the world. If you truly want to get away from it all, Hatteras Island is the place to go... 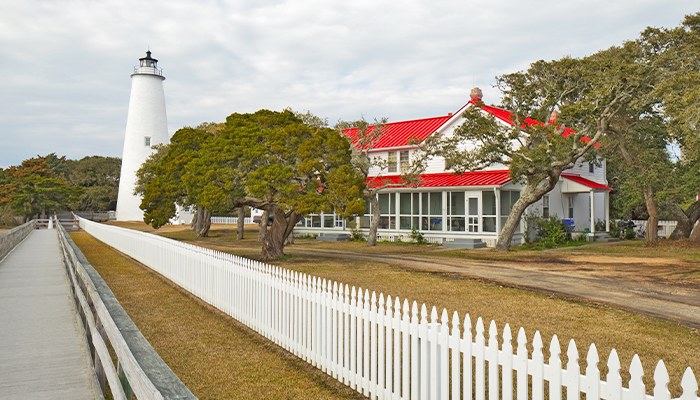 ...unless you want to load your car onto a ferry and travel even further into isolation, then you can take a trip to Ocracoke Island. Owned by the National Park service, Ocracoke Island is one of the most remote islands on the Outer Banks and home to a British cemetery, the Ocracoke Lighthouse, and the place where the infamous pirate Blackbeard met his demise (some say Ocracoke is also home to Blackbeard's ghost). A true haven for couples, Ocracoke Island features shell hunting, impressive local seafood (must try an oyster shooter at Howard's), coffee shops, Eduardo's Taco Stand, sunrise beach yoga, and the most beautiful sky of stars you've ever seen. Rent a golf cart or bike around Ocracoke Island and spend some true quality time together.

Plan a Couple's Trip to the Outer Banks 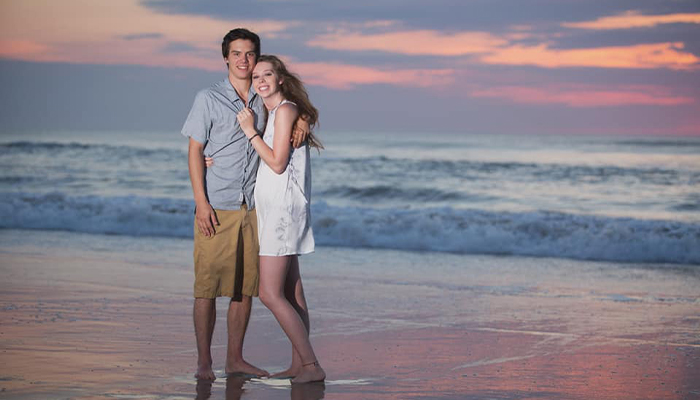 I feel like this blog only touched the tip of the iceberg as to the incredible couple's trip that can be had on the Outer Banks, but if this was enough to pique your interest, Seaside Vacations has plenty of romantic vacation rentals to accommodate your stay. You can choose from oceanfront condos to homes with hot tubs, and private pools. We have homes with state-of-the-art kitchens and theater rooms to cozy beach boxes that are perfect for you to cuddle up in for the week between your adventures.